Laudation by John Elkann, Chairman of the Board of Directors of the Fiat corporation, in honor of Jeff Bezos / Warren Buffet, Bill Gates, Sir Martin Sorrell and Steven Spielberg send their congratulations / Biographical episodes from Bezos’s life displayed in a miniature world / The guests are founders from the start-up scene, top managers from industry and business, political decision-makers, as well as celebrities from the world of art and culture / Editor-in-Chief of BUSINESS INSIDER US Alyson Shontell to present the evening program

He is a seldom visitor to Germany, but Jeff Bezos, founder and CEO of Amazon Inc. and owner of “The Washington Post” has come to Berlin with his wife MacKenzie to receive the Award in person. Following Mark Zuckerberg, founder and CEO of Facebook, and Sir Timothy-Berners Lee, inventor of the World Wide Web, Jeff Bezos is the third recipient of the Axel Springer Award, which Europe’s leading digital publisher has been awarding to particularly innovative personalities since 2016. And special award-winners deserve a special awards ceremony attended by special guests. The event, “An Evening for Jeff Bezos”, was attended by 100 invited guests, among them top managers and decision-makers from the worlds of business, politics, start-ups, as well as media makers and artists. It took place on the 19th floor of the Axel Springer publishing building. Alyson Shontell, Editor-in-Chief of BUSINESS INSIDER US, presented the evening’s program, which has been especially designed for the award-winner.
Mathias Döpfner: “Germany and Europe both lack globally significant entrepreneurship. Jeff Bezos is a role model, because out of nothing he created one of the biggest companies in the world, which employs more than 500,000 people and has come up with a sales model that makes life easier for several hundred millions of customers worldwide. What is more, by acquiring ‘The Washington Post’, he has shown that digital journalism has a great future. Honoring Jeff Bezos with the Axel Springer Award is about celebrating his achievements and encouraging young people to develop their own ideas, to believe in them and to make them come true. Who knows, the Jeff Bezos of the future is perhaps sitting in one of Berlin’s many start-ups at this very moment. We want to encourage him – or her – to think big.”
John Elkann, Chairman of the Board of Directors of Fiat corporation, held the laudation in honor of Jeff Bezos, in which he paid tribute to the manifold entrepreneurial and personal facets of the award-winner. Entrepreneur and investor Warren Buffet, Microsoft founder Bill Gates, WPP founder Sir Martin Sorrell, as well as film director and screenwriter Steven Spielberg also expressed their best wishes personally or via video messages.
The guests were able to find out what it is that drives Jeff Bezos, and what puts him in a more contemplative mood in a discussion between the award-winner and Mathias Döpfner, CEO of Axel Springer SE.
Before that, Jeff Bezos and the guests at the Axel Springer Award were able to take a multimedia trip back to the most important episodes in the award-winner’s life. A miniature world was built up in great detail – in so-called dioramas – showing the farm of Bezos’s grandfather in Cotulla, Texas, Amazon’s foundation in a car on the way to Seattle, as well as the celestial ambitions of his space-travel company “Blue Origin”. These tell the life story of Jeff Bezos in conjunction with film sequences and photos.
Among the guests were Peter Altmaier, German Federal Minister for Economic Affairs and Energy, Dr. Hannes Ametsreiter, Chairman and Managing Director of Vodafone GmbH, Holger Beeck, Chairman of the Board of McDonald’s Germany, actress Iris Berben, film producer Oliver Berben, architect David Chipperfield, Tom Enders, CEO Airbus S.A.S., model Toni Garrn, Béatrice Guillaume-Grabisch, Chairman of the Board of Nestlé Deutschland AG, musician Marius Müller-Westernhagen, singer Max Raabe, Oliver Reppert, CEO of car2go Germany, Gisbert Rühl, Chairman of the Board of Klöckner & Co SE, entrepreneur Martin Varsavsky, Dr. Andreas Scheuer, Federal Minister for Transport and Digital Infrastructure, Christian Seifert, Managing Director of Deutsche Fußball Liga, German Federal Minister for Health Jens Spahn, entrepreneur Frank Thelen as well as Federal Minister of Defense Ursula von der Leyen. 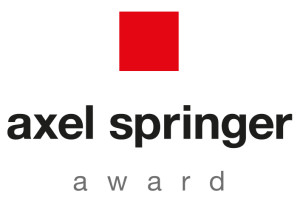 The Award is given to outstanding personalities who demonstrate an exceptional talent for innovation, create and transform markets, shape culture, and also face their social responsibility. The Award recognizes the recipients’ achievements so far and encourages them to develop these further. At the same time, the award-winners should be role models for others, encouraging them to develop their own ideas. The format of the awards ceremony is tailored individually to the award winner. The Axel Springer award is a non-monetary prize. The winner is selected by the executive board of Axel Springer SE, following suggestions by employees or the public. 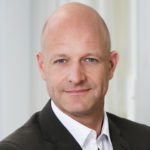