Dr. Mathias Döpfner, CEO of Axel Springer SE, welcomed the guests to the event. “After speech, writing and printing, the World Wide Web is the fourth blessing in communication for humanity,” said Döpfner in his address. “The fact that we use it at all is thanks to Sir Tim Berners-Lee. His contribution to the spread of knowledge that people can share with one another is a gift of incalculable value. That is why it is even more remarkable that today, Sir Tim Berners-Lee points out several critical developments.”

The laudation for the honoree came from Professor Dr. Sascha Friesike, professor at the Knowledge, Information and Innovation research group (KIN) at the Vrije Universiteit Amsterdam. Before that he was a professor for Innovation and Entrepreneurship at the University of Würzburg and a research coordinator at the Alexander von Humboldt Institute for Internet and Society in Berlin. His address explained the outstanding significance of Berners-Lee’s invention. “When physicist Tim Berners-Lee was my age, he was researching at CERN in Geneva, and he had an idea. He wanted to link information up through the Internet. His aim was actually to enable better collaboration between researchers, but his idea set off an avalanche of further ideas. Every year there were more people looking at his World Wide Web and every year there were new inventions that have a profound influence on our lives today. But Berners-Lee’s invention is not solely defined by this range of further developments which we have assimilated into our day-to-day lives. It can also be seen as one of the most successful research applications ever, because he managed to not only implement his idea, but also to ensure that others would foster it and continue its development.”

At the honoree’s request, the focus of the evening was a discussion between guests, moderated by Christoph Keese, which emphasized the manifold influence of Berners-Lee’s invention in every area of society, politics, business and culture – and naturally the media as well.

The guests included Gerd Billen, State Secretary at the German Federal Ministry of Justice; Yvonne Hofstetter, Managing Director of Teramark Technologies and initiator of the Charter of Digital Fundamental Rights of the EU; and Professor Dieter Gorny, the Chairman of Germany’s Federal Music Industry Association.

The Award is given to outstanding personalities from Germany and abroad who demonstrate an exceptional talent for innovation, create and transform markets, shape culture, and also face their social responsibility. The Award recognizes the recipients’ achievements so far and encourages them to develop these further. The inaugural recipient of the Axel Springer Award was Mark Zuckerberg, founder and CEO of Facebook, on February 25, 2016. The format of the award ceremony is tailored individually to the award winner.

The Axel Springer Award is a non-monetary prize with the goal to encourage innovation and entrepreneurship. 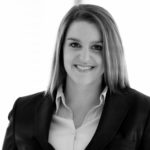