Mark Zuckerberg, founder and CEO of Facebook, was awarded the first Axel Springer Award in Berlin on Thursday night. The newly established Award is given to outstanding entrepreneurial personalities who demonstrate an exceptional talent for innovation, create and transform markets, shape culture, and also face their social responsibility. The 200 guests who joined the award ceremony experienced unique perspectives on the life and work of the awardee, who attended the event in person, together with his wife Priscilla.

Among the contributors to the program were investor Peter Thiel and Martin Schulz, President of the European Parliament. Microsoft founder Bill Gates offered his congratulations in a personal video message.

Mathias Döpfner, CEO of Axel Springer SE, paid tribute to Zuckerberg’s achievements: “At an age, in which others are only beginning their professional lives, Mark Zuckerberg has already become one of the most successful entrepreneurs of our times. Facebook is establishing itself as a distribution platform and as a fair partner to publishers. The Award is meant to encourage Facebook to continue on this path and to serve as an encouragement for a young generation of entrepreneurs.”

Peter Thiel underlined Zuckerberg’s key role in shaping the Internet: “Mark Zuckerberg envisioned and invented tools that have made the internet vastly more useful and more sociable. I’ve known him for over a decade and I’ve seen him accomplish great things in that time, but I think the most impressive thing about him is that he’s just getting started.”

Martin Schulz emphasized the political significance of the event: “The Axel Springer Award for Mark Zuckerberg honors a young, creative, and successful entrepreneur, who, with Facebook, is one of the key actors of the digital era. The Award also provides the opportunity of fostering transatlantic dialogue regarding a democratic, pluralistic, and fair digital future.”

Bill Gates congratulated Priscilla Chan and Mark Zuckerberg on launching the Chan Zuckerberg Initiative: “Mark and Priscilla are leading the way for a new generation of philanthropists. This generation is applying its entrepreneurial spirit, talents and energy to achieving goals once thought impossible: inventing new medicines, reducing poverty and hunger, and making sure every child has an education.”

Besides a virtual trip to the rooftop of the 19-storey Axel Springer headquarters, the audience of the award ceremony also enjoyed a program contribution by Alois Knoll, professor of computer science at Technische Universität München. He had travelled to Berlin in the company of robot Roboy, with whom he demonstrated the potential and limitations of artificial intelligence.

Mark Zuckerberg expressed his gratitude for the Award: “…”

For the finale of the ceremony, the Athenaeum Quartet of the Berlin Philharmonic performed the song “California Dreaming”, supported by the evening’s host, Eva Verena Müller. Afterwards, the guests continued to celebrate the special night at the Journalists Club at the Axel Springer building.

Instead of a typical award trophy, a joint editorial team by B.Z., Berlin’s largest newspaper, and Business Insider Germany produced a special newspaper about the Award, which was given to Zuckerberg as a gift. Besides numerous pictures from the event, the publication – which carried the look of Business Insider – also featured a profile of Mark Zuckerberg, written by Henry Blodget, editor-in-chief of Business Insider. The newspaper was distributed among the guests of the event during the evening.

More information on the Axel Springer Award as well as photo and video material can be found at axel-springer-award.com.

The Axel Springer Award is a non-monetary prize. The winner is selected by the executive board of Axel Springer SE, following suggestions by employees and, in the future, also from the public. 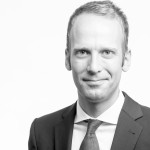